Identify and understanding the robots in the UNSW making Network

When you hear the word 'robot' the first thing that comes to mind is probably a shiny humanoid machine such as C3-P0 or one of the Transformers! A robot can take a lot of forms these days and have become quite prevalent in our society whether we realise it or not. From the manufacturing industry to robotic vacuum cleaners, robots are becoming an integral part of our lives and open up a range of possibilities for the future of many industries.

What are Industrial Robots?

A Cartesian coordinate robot (also called linear robot) is an industrial robot whose three principal axes of control are linear and are at right angles to each other. (ie CNC or 3D printer)

As a differentiator to conventional industrial robotic arms, cylindrical robots have a primary arm that moves up and down rather than pivoting on a series of axis.

A SCARA robot is a manipulator with four degrees of freedom. SCARA robots are recognised by their two jointed arms which provide movement in the X-Y plane.

Articulated or anthropomorphic robots feature rotary ​joints and generally, have 5 – 7 axes that can rotate up to 360 degrees.

A delta robot is a type of parallel robot​ that consists of three arms connected to universal joints​ at the base. 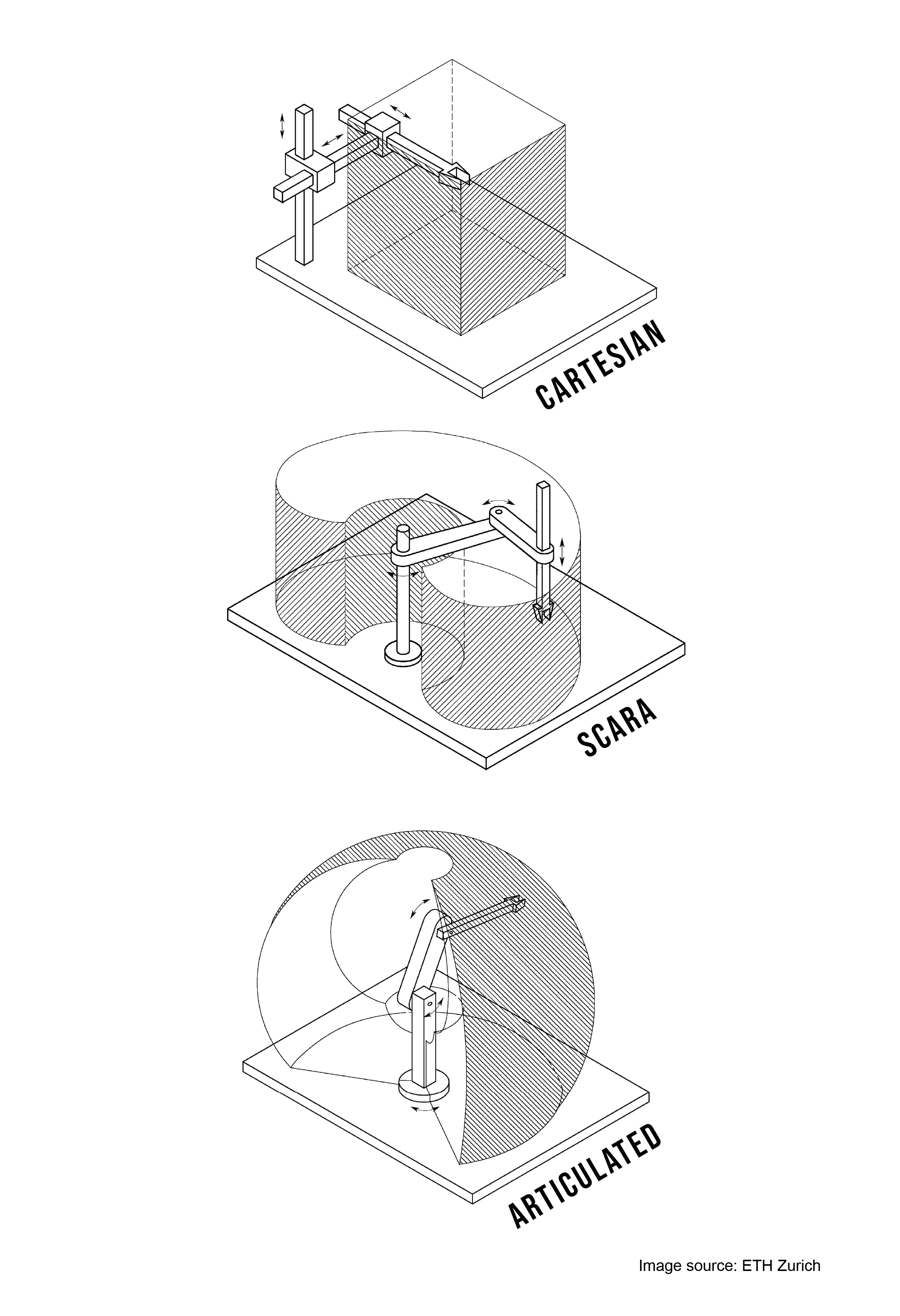 Types of Robots in the DFL

What is a Collaborative Robot?

A collaborative robot or a “COBOT” is a robot intended for direct human robot interaction within a shared space, or where humans and robots are in close proximity. 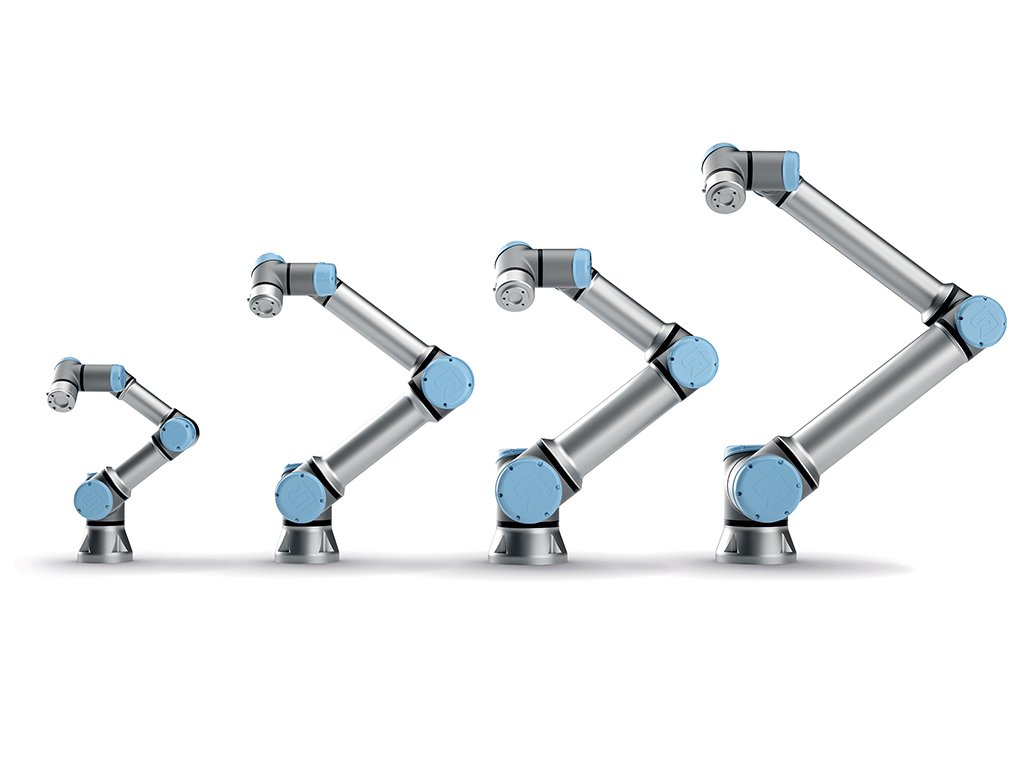 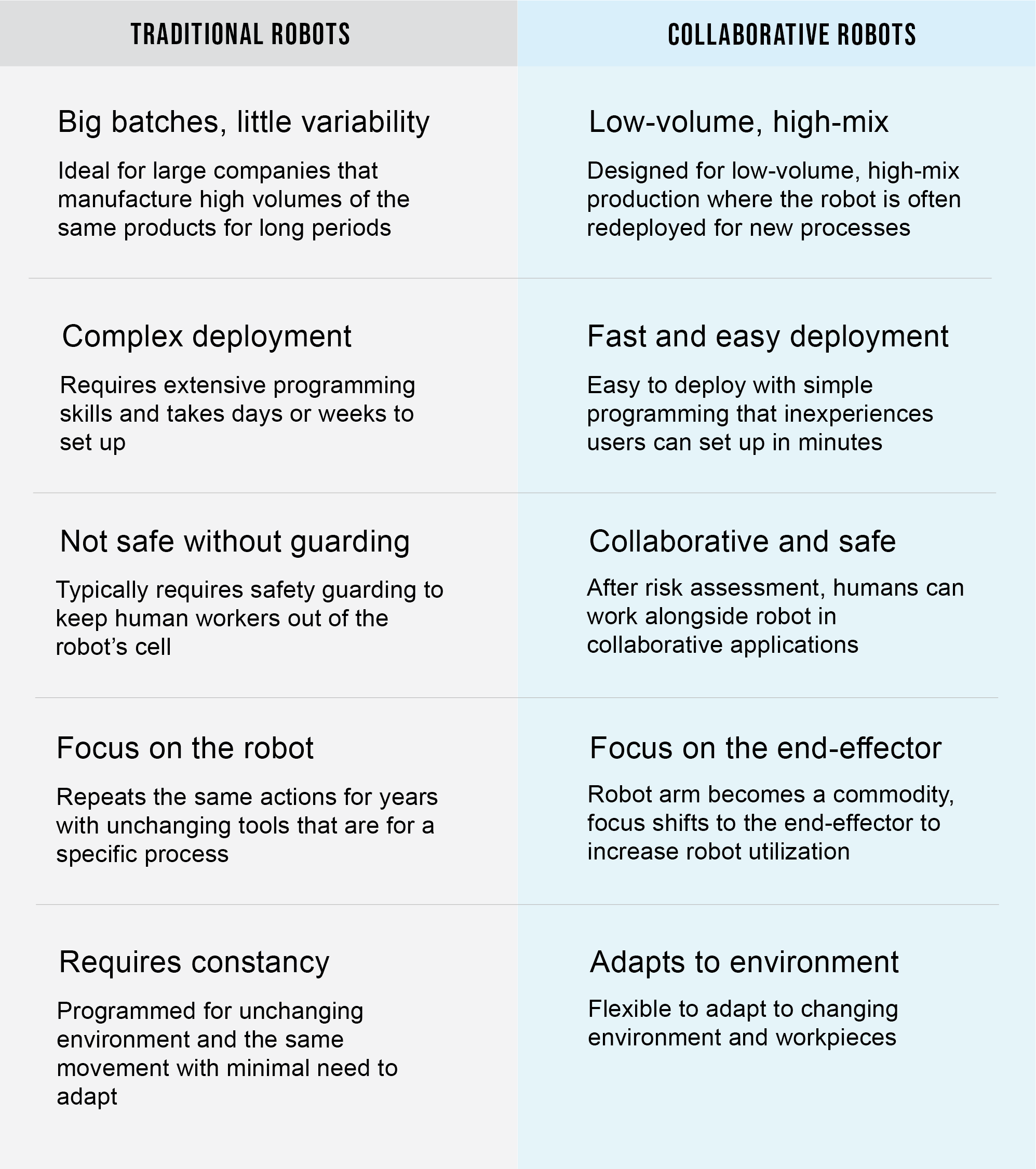 Articulated Robots at the DFL 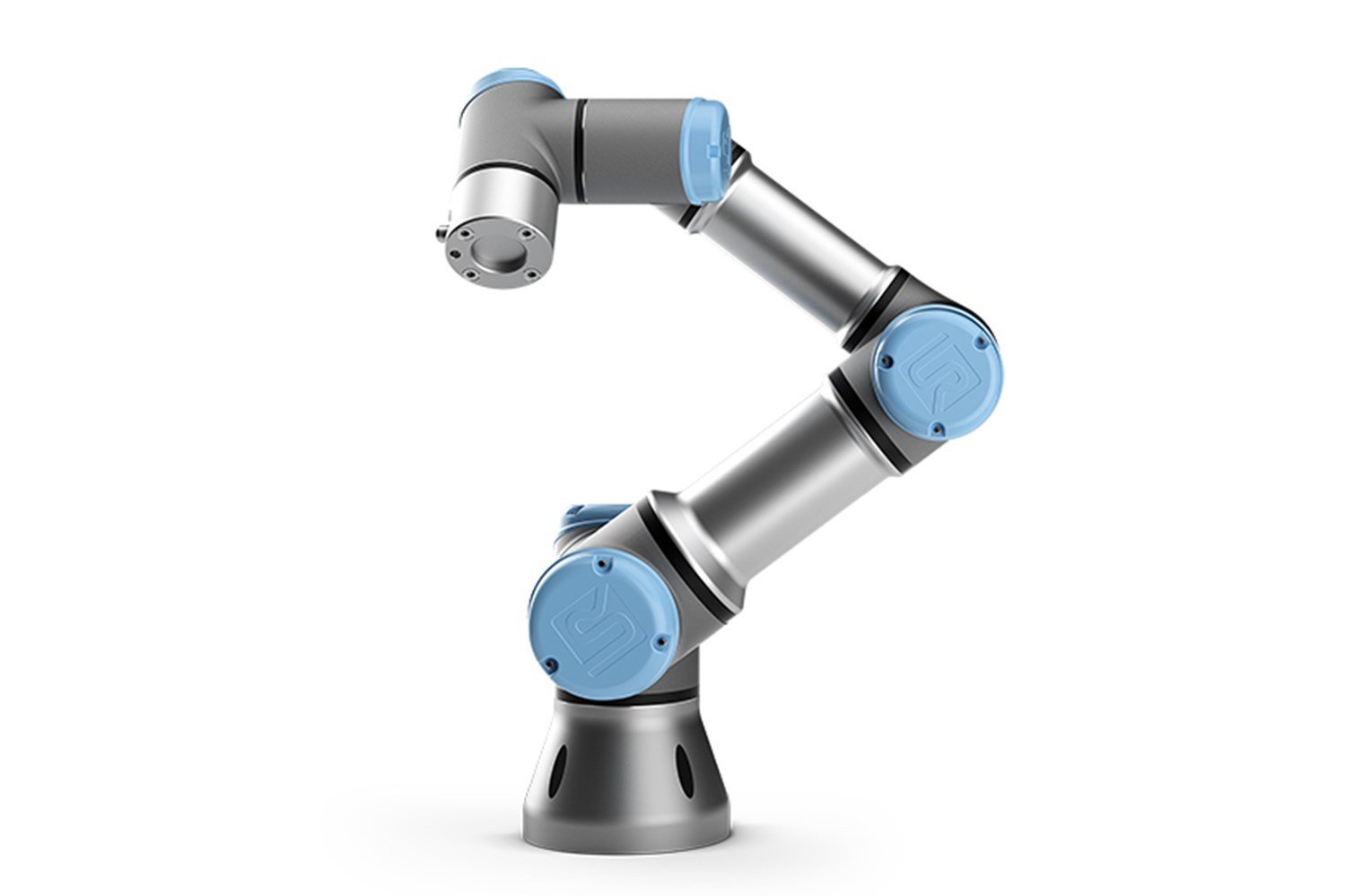 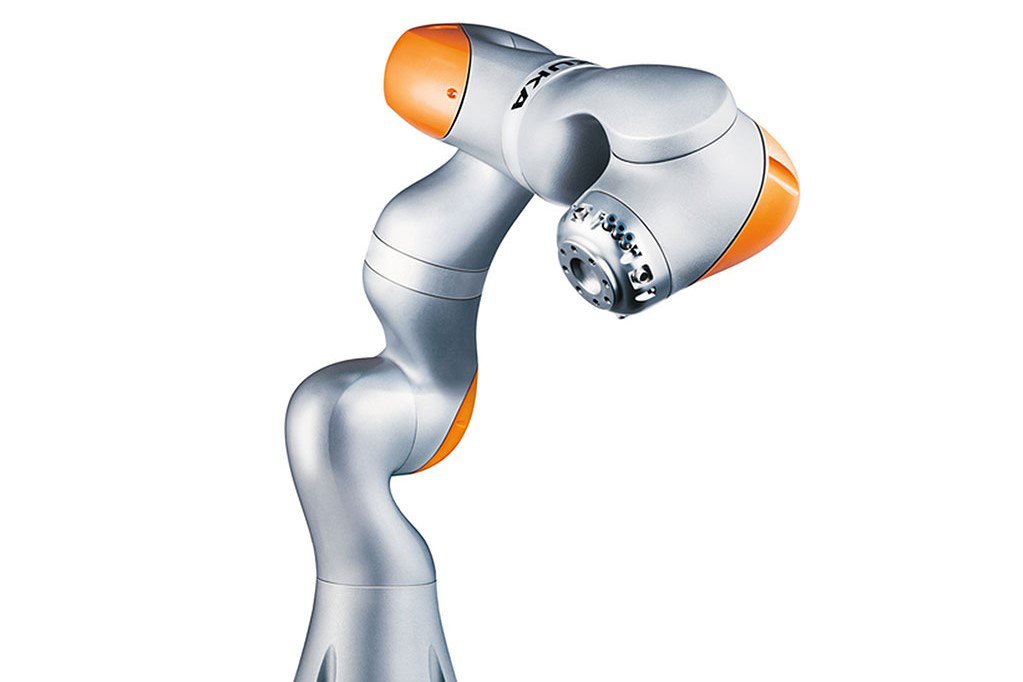 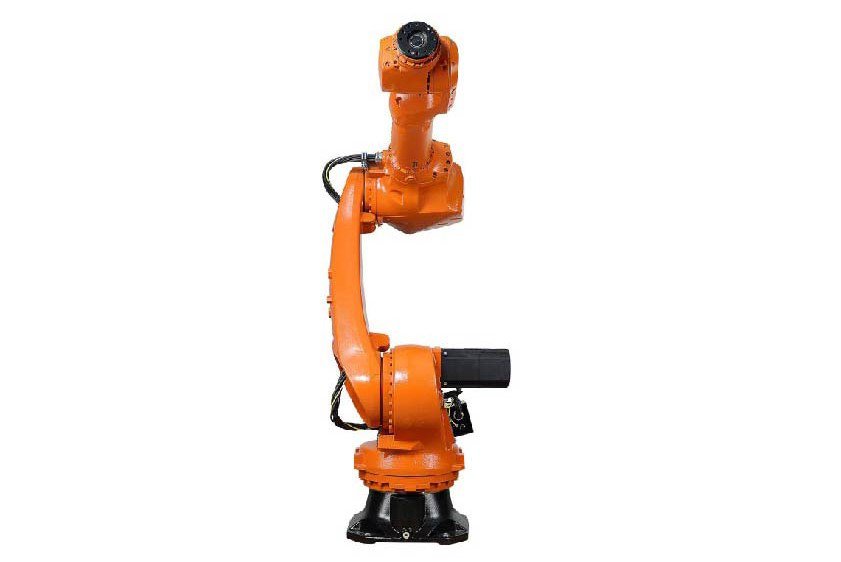 What is a TCP?

A Tool Centre Point (TCP) is the central tip of the end-effector or tool that is attached to the robot flange. After defining and configuring the TCP, the robot motion will be defined relative to this frame. Each TCP contains a translation and a rotation relative to the center of the tool output flange. The most common way to define a TCP is using the XYZ 4-point method. The TCP of the tool is moved to a reference point from 4 different directions. The reference point can be freely selected. The robot controller calculates the TCP from the different flange positions. 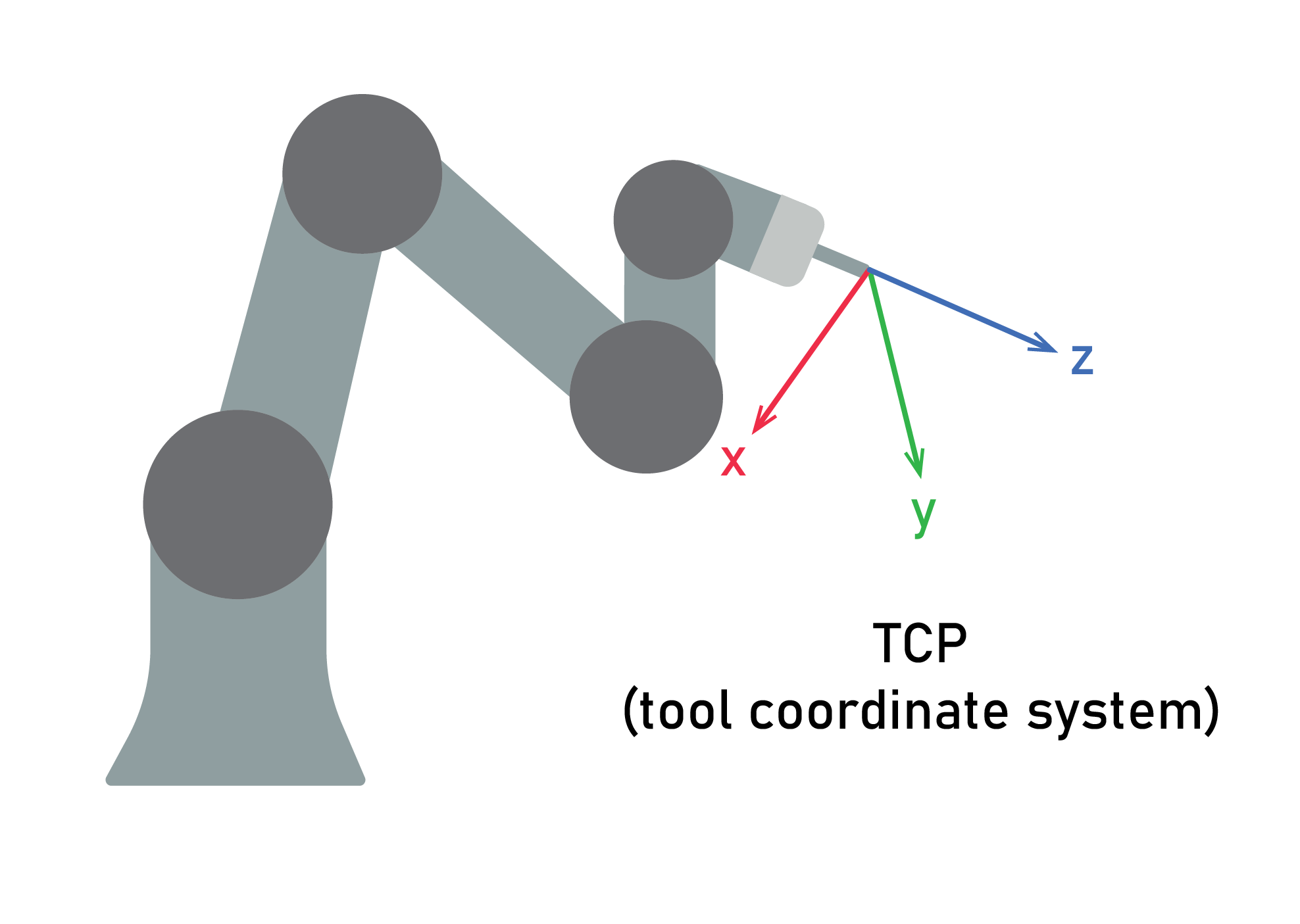 A frame or a waypoint describes a coordinate system location and orientation based off the TCP position. These frames / waypoints can be used to create robotic motions and are the building block to a robotic program. 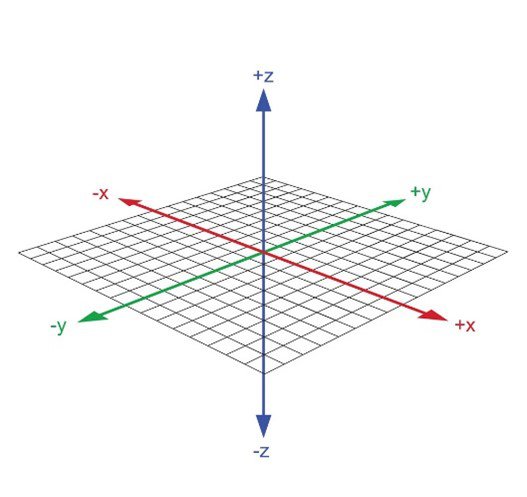 The are a range of basic movements that robot arms can carry out to move from frame to frame. For each brand of movement these names can change but are generally the same thing. 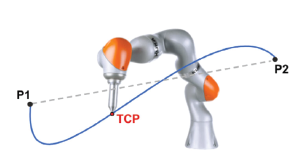 Point-to-Point Or Joint Movement: The robot guides the tool centre point (TCP) along the fastest path to the end point. The fastest path is generally not the shortest path in space but it will not move in a linear motion. 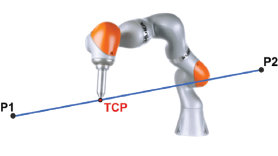 Linear Movement: The robot guides the tool centre point (TCP) along the fastest path to the end point. The fastest path is generally not the shortest path in space and is not always a straight line. 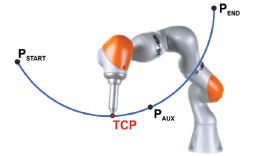 Circular Movement: A calculated path that the robot executes, and is circular in shape. 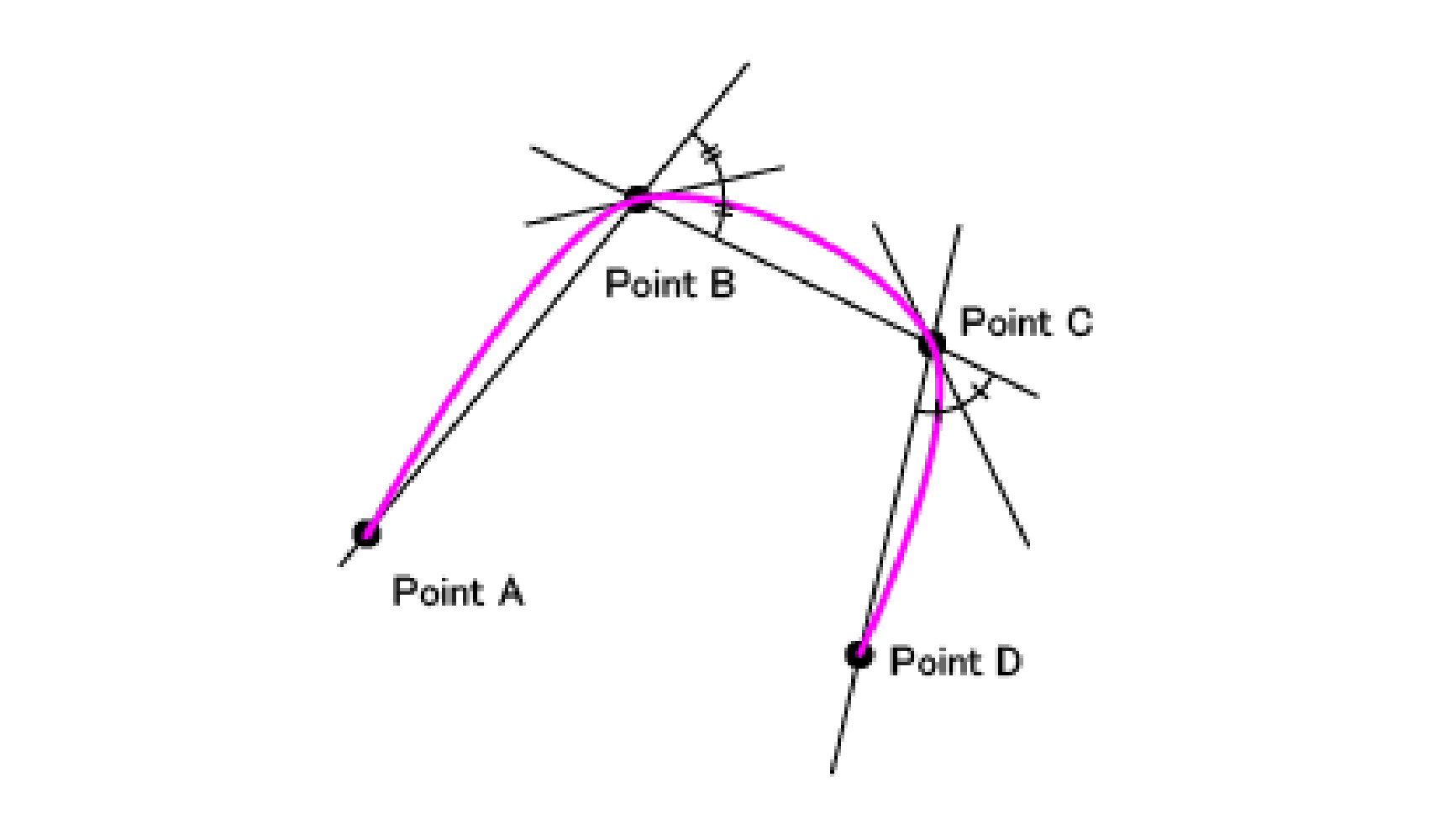 Spline: A smooth, continuous function used to approximate a set of functions that are uniquely defined on a set of sub-intervals. The purpose for the smooth function is to allow a robot manipulator to complete a task without jerky motion. 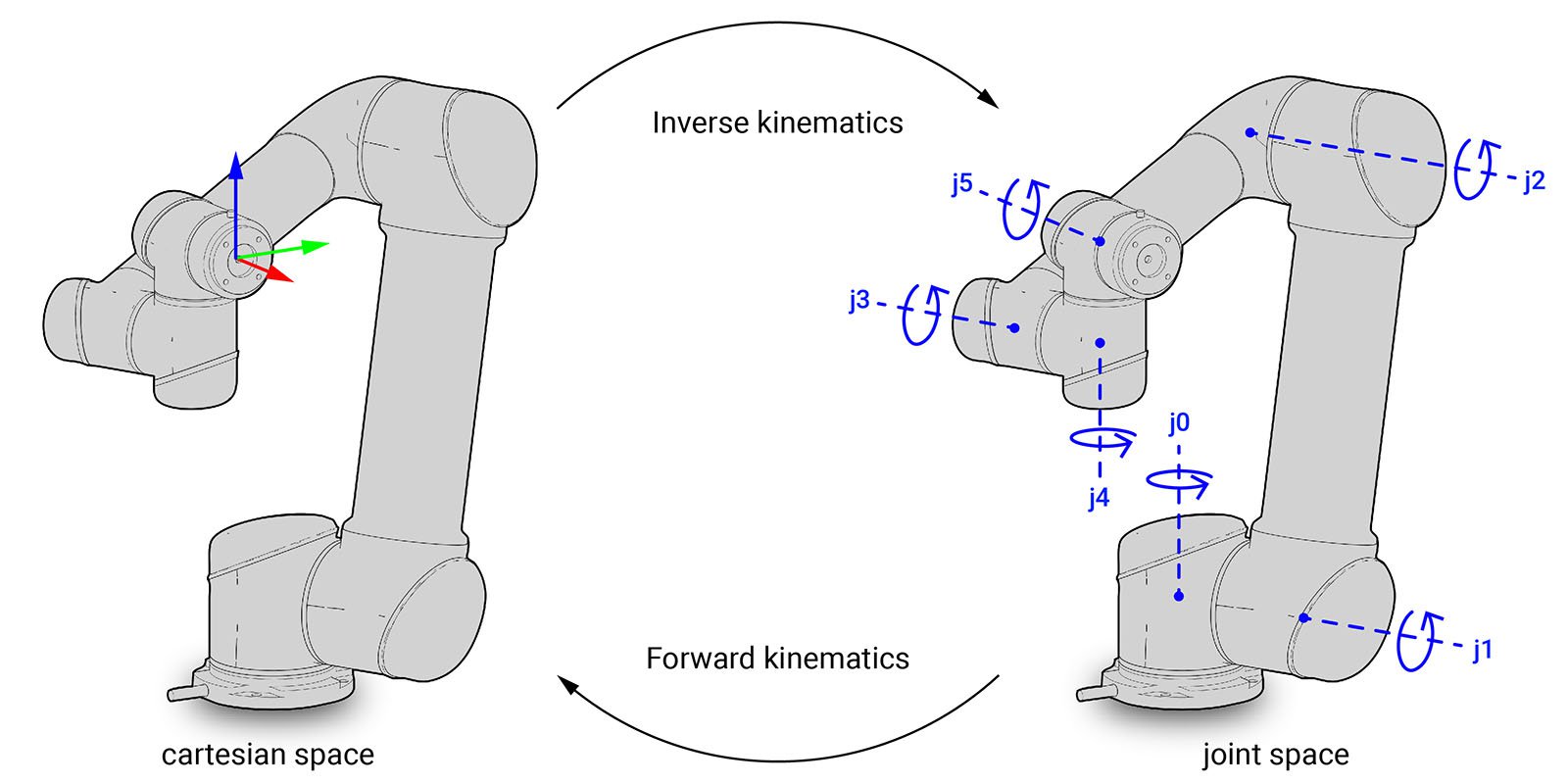 Given the pose of the robot's tool tip (TCP), what are the angles required?

Inverse kinematics requires an input of the cartesian end-effector position and orientation, then calculates the joint angles. In general, inverse kinematics is much more difficult than forward kinematics due to the fact there can be multiple joint angles for the same TCP position or possibly infinite with 7 axis arms. Inverse Kinematics can cause singularities. This can be tested and explored in offline programming software.

Given the joint angles, where is the robots tool tip (TCP)?

Forward kinematics (for a robot arm) takes an input of joint angles and then calculates the cartesian position and orientation of the end-effector and TCP. Can be considered simpler than inverse kinematics and avoids singularities.

A configuration where two joints of the robot arm become co-axial (aligned along a common axis). In a singular configuration, smooth path following is normally impossible, and the robot may lose control. This can be common with inverse kinematics. The robot will generally stop and ask for each axis to manually jogged out of that position before proceeding.

A computer system in which the computer is required to perform its tasks within the time restraints of some process simultaneously with the system it is assisting. This means the robot must complete the cycle or task on time or it could be considered a failed procedure. This is used widely in manufacturing.

This type of program limits users to program with the software or programming language specific to the brand. A programming method where the task program is defined on devices or computers separate from the robot for later input of programming information to the robot.

Steps: Creation of Program on computer > Upload to the controller > Robot then executes the program

Confused about the lingo being used?