Everything you need to know about using the ZUND cutter! 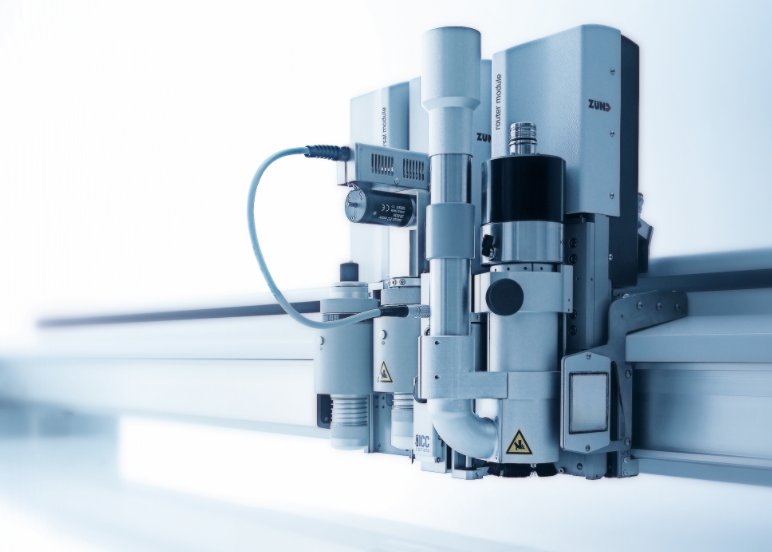 For this learning module, you will need:

What is a ZUND cutter?

The ZUND is modular cutting system that can be adapted and used to cut, route and draw on a range of materials. With interchangeable modules, tools and blades, the ZUND can be configured to cut vinyl, fabric, leather, cardboard, foam core, rubber and many more!

The Zund is best used for cutting materials that cannot be cut on the laser cutter or CNC such as; plastics, or foam rubber that release fumes, highly flammable materials like foam-core and cardboard, or textile materials. A secondary benefit of the Zund is that because it uses blades and does not produce heat like that generated by the laser cutting process, there are no burned edges on materials.

The Zund can also be used for more unusual materials such as wax, metal mesh, corrugated plastic, plastic films, fabric, foam and felt.

Because force is exerted by the blade moving during cutting (unlike the laser cutter), smaller features may not come out as cleanly or detailed as they would on the laser cutter. In general, the Zund is suited to larger features. 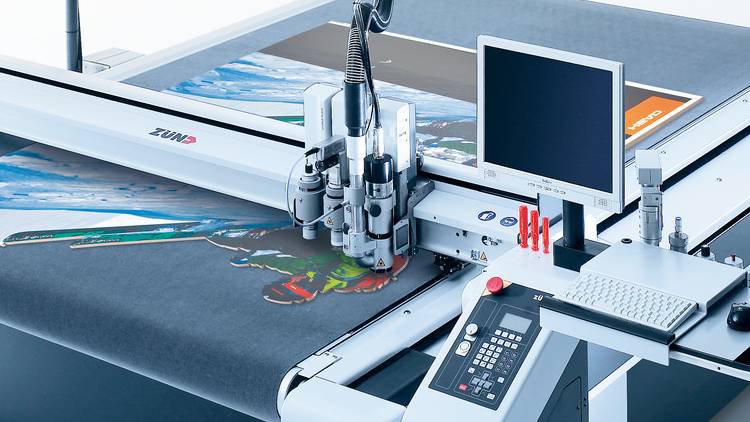 Score - Knife cut that goes partially into the material thickness

File Types to cut on the Zund need to be from a vector-based program such as Illustrator or Rhino.

Illustrator files (.ai) are the best cutting as they preserve the layers really well. .DXF files that come from CAD programs will work but sometimes have issues with curves. Ideally files should be saved out of the CAD program as a .PDF and placed into Illustrator where objects can be arranged in correct layers.

The template below is set up with the layers relevant to the processes on the Zund. Place objects in the corresponding layers to the process you wish to use (e.g. cut, draw) 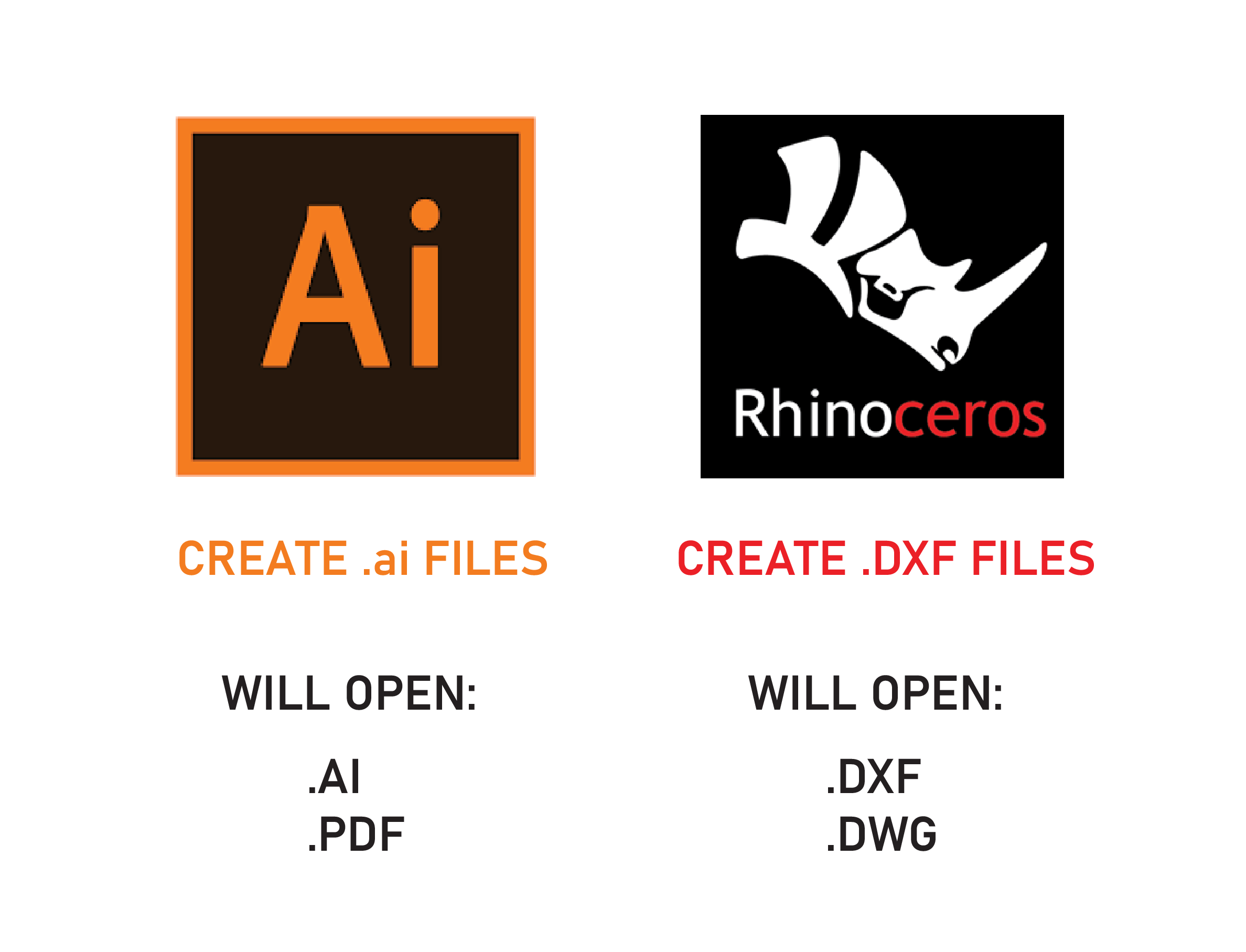 Files should be clean with curves having as few control points as possible.

Curves/lines should be joined into smooth curves rather than segmented.

In Illustrator release any clipping masks and ensure there is no fill within the curves.

When converting from Rhino/AutoCad to Illustrator ensure the resulting geometry is completely accurate as some changes occur during export.

Line weight and colour are not read by the Zund, machining processes are assigned using layer names.

If there are multiple layers of the same process, do not label them Cut 1, Cut 2, etc., simply label all layers by the desired operation and the Zund software will automatically number them in order. 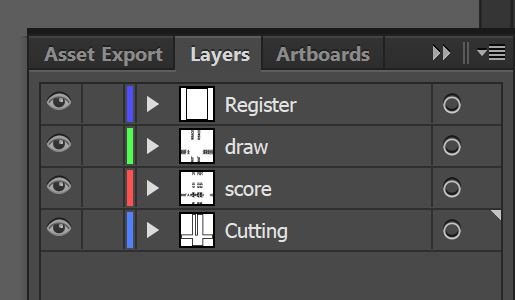 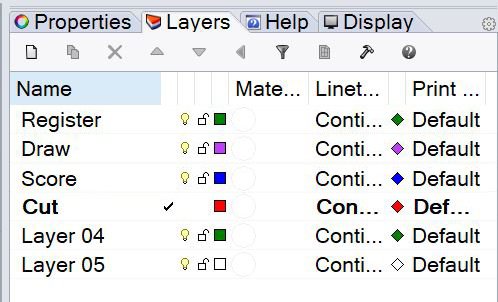 Opening Your File in Cut Editor

What's the Difference Between a Module, Tool and Blade?

The Module attached to the machine and is used to hold the different tools. There are various types of modules that perform different functions e.g. routing or punching. At the Design Futures Lab we have a universal module which can hold most cutting tools.

The Tool sits inside the module and is used to hold the blade, pen or wheel. Numerous different tools can be used in the universal module, each with different applications. At the Design Futures Lab we have a universal cutting tool, an electric oscillating tool, a kiss cutting tool and a universal drawing tool.

The Blade is held within the tool and is what is used to cut the material. Different blades are suited for different materials and can vary in size and shape. It is important to use the right blade for the material you wish to cut otherwise it can damage the tool and module. 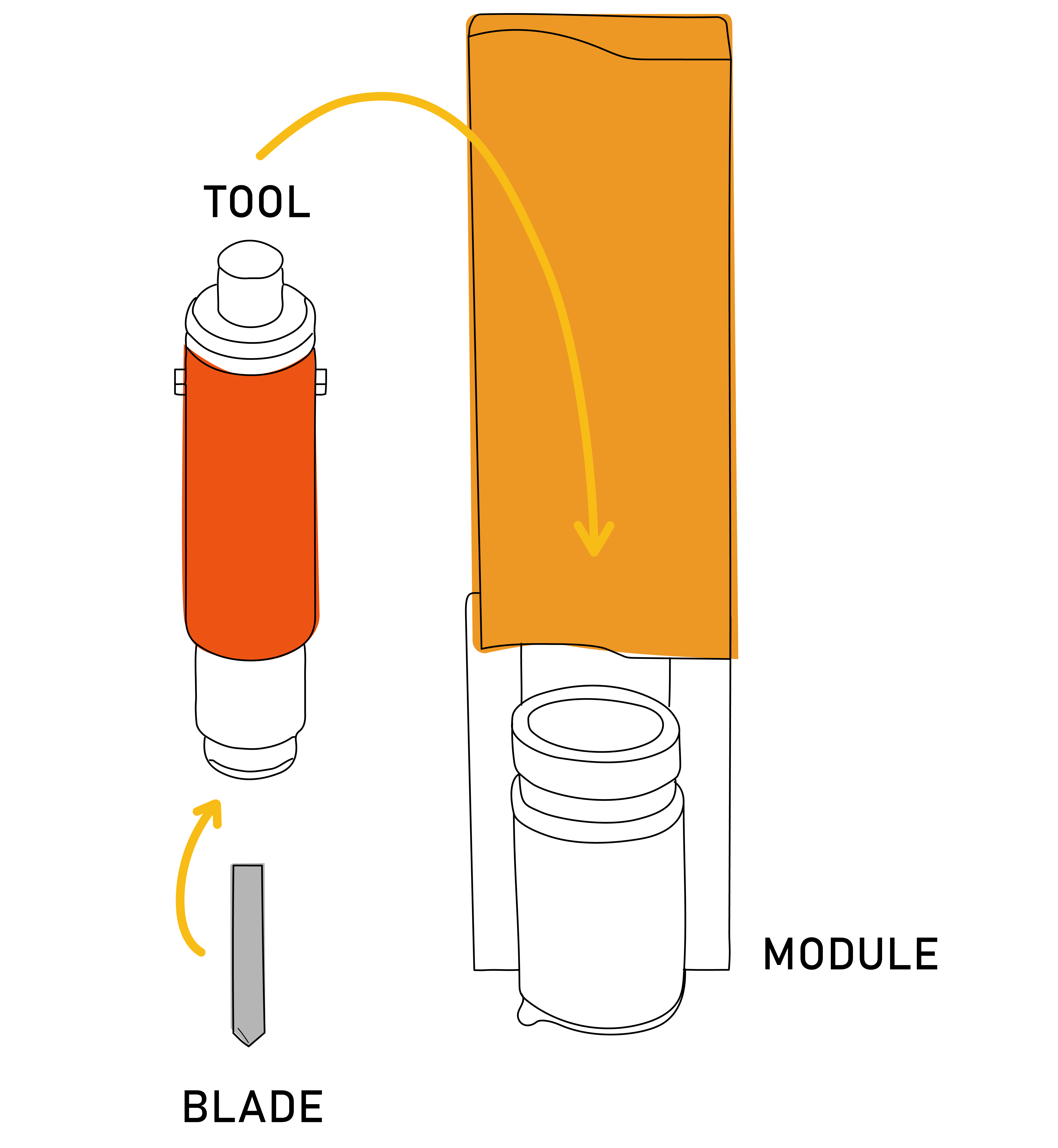 Tools & Blades at the DFL

UDT - Used for drawing on many different materials. Can be fitted with a variety of drawing implements.

UCT - Known as a 'Drag' blade with a cutting motion similar to a scalpel. Used for cutting cardboard, paper and cardstock, polypropylene, rubber, PVC and canvas.

EOT - A motorised blade with a oscillating cutting motion good for soft or flexible materials. Can be used for cutting leather, foam-core, felt, rubber or textiles.

KCT - The variable pressure of the kiss-cut tool enables precise cutting of vinyl and film without damage to the liner material. Used for cutting adhesive vinyls. 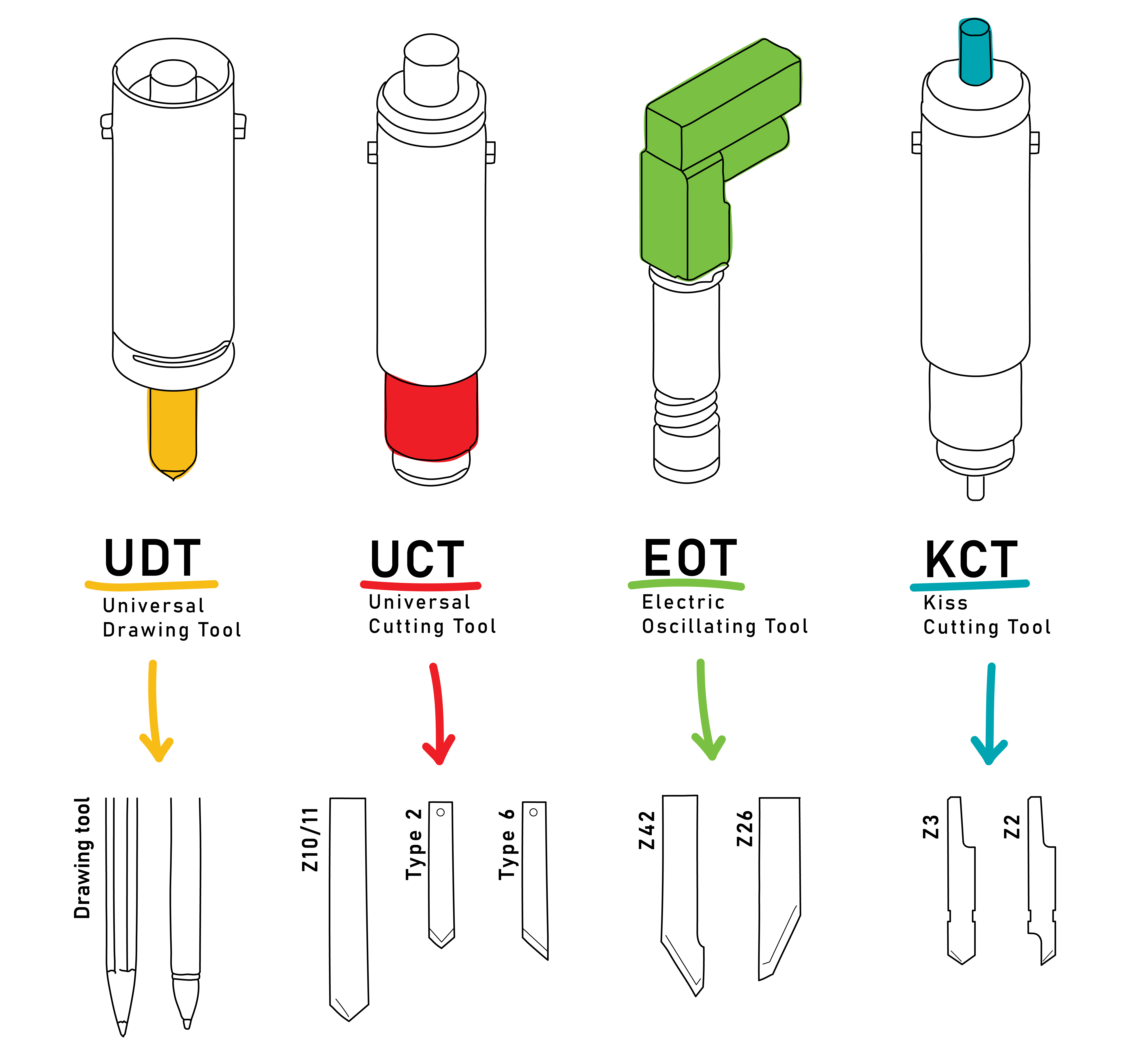 The console directly controls the cutter without going through the software. The console is used primarily for performing tool changes, turning the machine on/off and switching between online and offline mode.

The gantry can be manually controlled by the travel keys and moved rapidly by holding the 'shift' key.

The Vacuum can be toggled on and off by pressing the 'shift' key and 'VAC' key.

Pressing any of the travel keys of 'STOP' during a cutting operation will pause the job and raise the tool until the 'Online' button is pressed, resuming the job.

The Zund has safety features to prevent injury during operation. The main feature is a series of 'light barriers' that are projected from one end of the gantry to the other on the front and back side of the cutter. If these beams are broken by someone reaching into the operating area, or if a piece of stock lifts up unexpectedly, the cutter will immediately stop operation. To continue the operation after everything is cleared from the table, press 'OK' then 'Online' to continue the cut from where it stopped.

While the light barriers are a soft stop, the red emergency stop buttons are a hard stop. When the emergency stop is pressed the operation immediately stops, cancels the current job and disengages the tools. To continue from an emergency stop the button must be twisted to be released, then follow the instructions on screen. The tools will re-engage and require initialisation and the job will need to be restarted from the PC.

If something begins to go wrong during the cut, such as the stock moves unexpectedly, the operation can be paused by pressing any of the grey directional buttons on the console or 'online'. The job can then be resumed by pressing 'online' once the issue is resolved.

The Zund has 2 main modes of operation, online and offline, which can be switched between suing the 'ONLINE' button on the bottom of the console. Most set-up operations are performed in offline mode, such as tool changes, parameter editing and moving the gantries. Online mode is activated before performing any cuts, or entering Interactive Mode through Cut Centre. 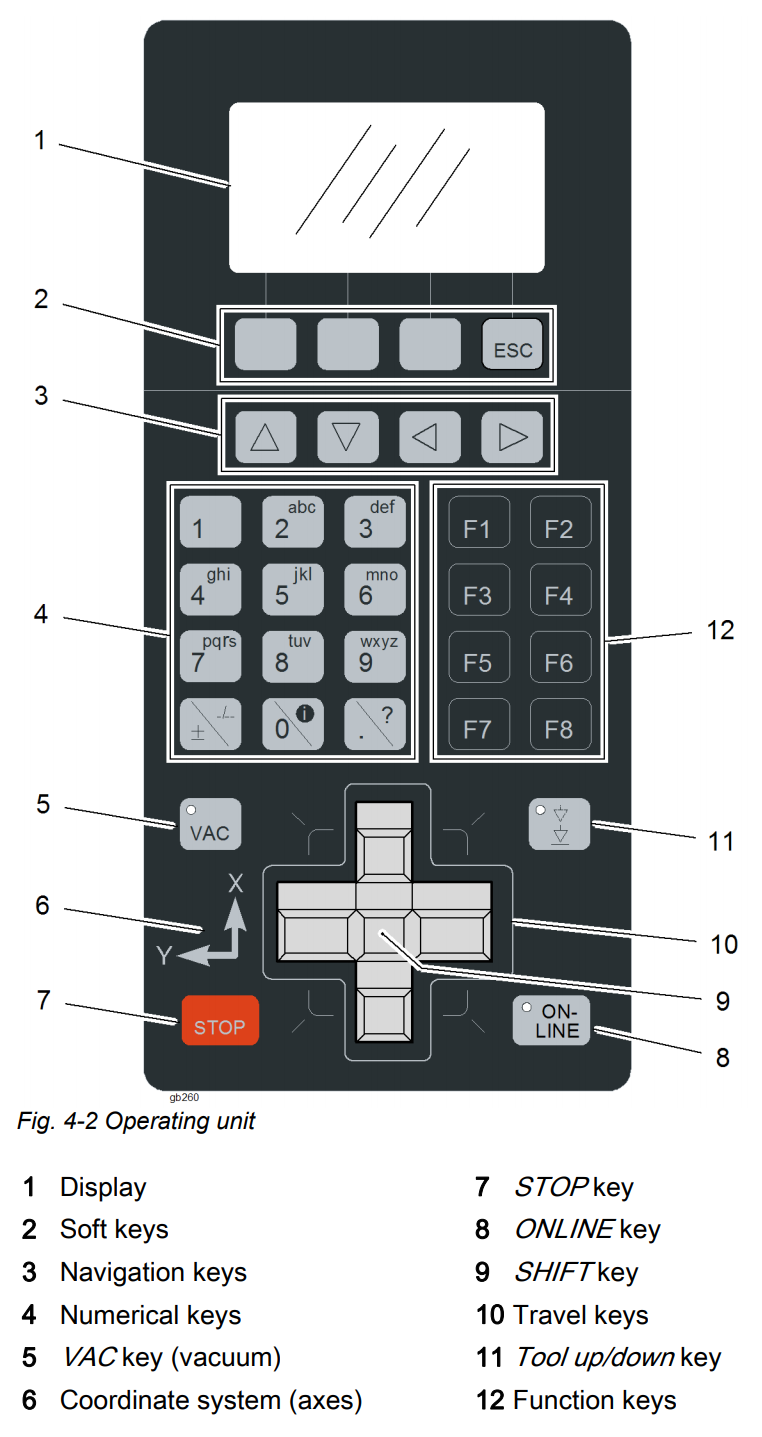 Rotate, Scale, Offset and Mirror - allows adjustments to the objects before cutting

Interactive Mode - Zund must be 'online' to activate interactive mode. Can control placement of cutters and set reference points from computer.

Simulations - Starts a simulation of job before it cuts/draws. Used to check material placement and ensure tool paths are correct

Note: Red tool labels and red 'Start job' button in Cut Center indicated that the tool specified by an operation is not currently installed in the machine and will required a tool change. 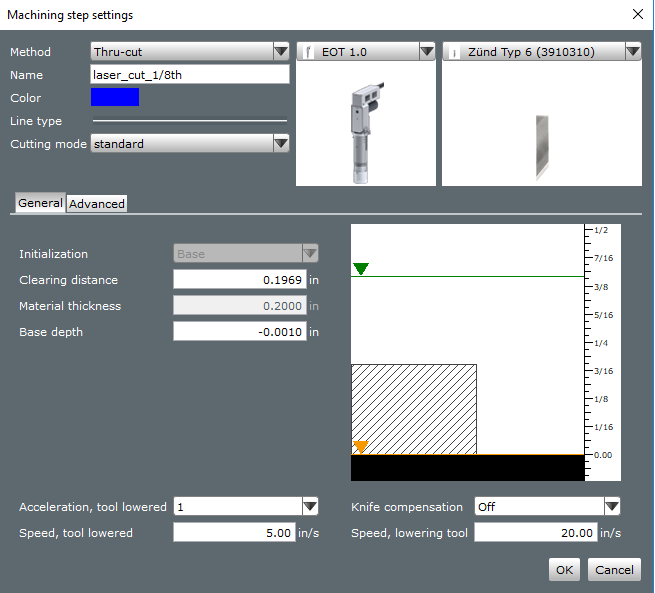 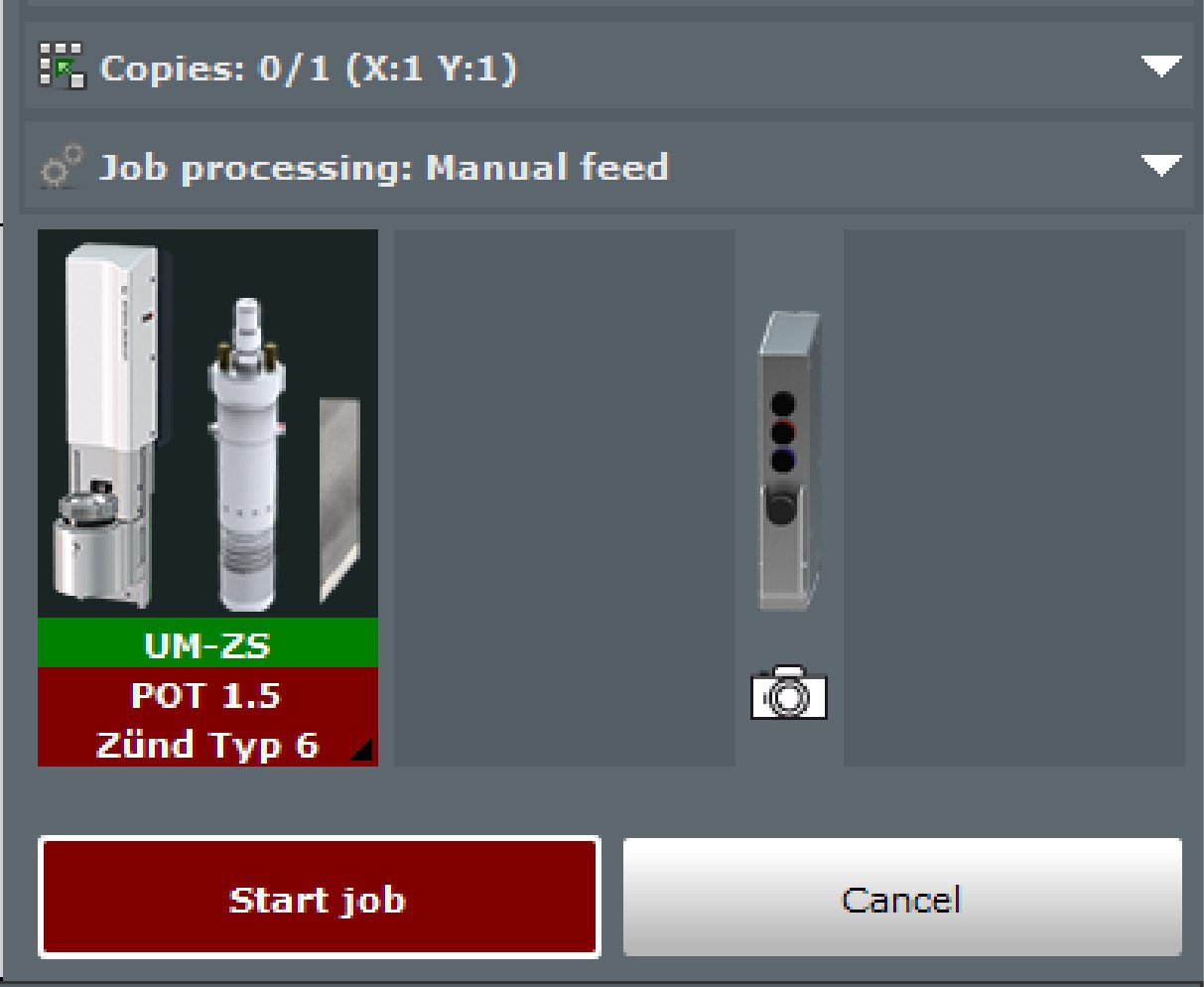 If you want to learn and/or increase your skills in using any of the machines don't hesitate to come and chat to a friendly Makerspace staff member. Make sure you complete the Badges that the UNSW Makerspace Network has for you!

Individual Training on the Zund Cutter